Cheng Man-ch'ing - a review of a recent biographical documentary 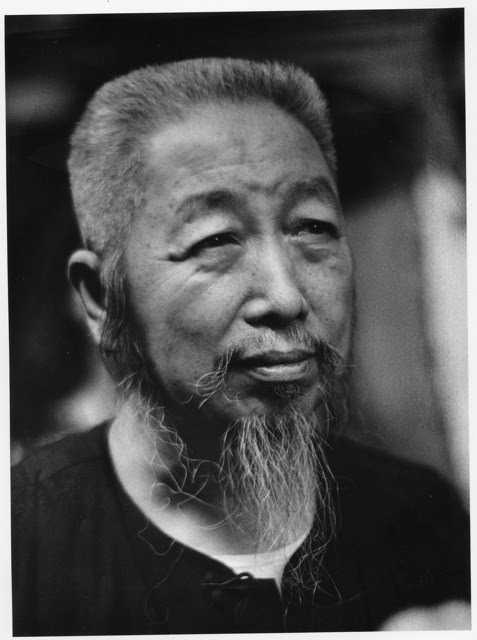 If you have an interest in Tai Chi you will likely have heard or seen pictures of Cheng Man-ch'ing (-wade giles) Zheng Manqing (-pinyin).

Popular posts from this blog

August 25, 2017
Sun style Taijiquan is one of the main branches of taijiquan in existence today. While the form was created only at the turn of the last century, the fixation of the number of steps in the routines got people confused. Interestingly, this was believed to vary between 98, 97 and 73. I hope to shed some light on the origins of these numbers and hope future generations will be able to have a clear distinction between the forms. Sun style count her blessings through the founder Sun Lu Tang’s book on taijiquan among his other books in internal arts. The Study of Taijiquan(Tai Ji Quan Xue) is a classic reference text that outlines the steps and movements in Sun style taijiquan. In this book, Sun Lu Tang explained the origins of Taiji through the use of I-ching. This explains why the first movement in Sun style taijiquan is The study of Emptiness or Wu Ji Xue followed by The Study of Extremes or Tai Ji Xue.  In fact, this is the same for all Sun style arts regardless of Taijiquan, Baguazhang…
Post a comment
Read more

July 19, 2017
The founder of this form of Taijiquan was Wu Yu Xiang (1812-1880) who was a native of Yung Nien, the home County of Yang-style founder, Yang Lu Chan. Wu Yu Xiang had two brothers, Wu Deng Qing (1800-1884) and Wu Ru Qing. Both brothers were officials in the Qing government. Wu Deng Qing was the magistrate of Wu Yang, a County in Henan Province, and Wu Ru Qing was a secretary in the Penalties Department under his older brother.

About Sun Style, from my teacher.

Sun style internal arts is a collective term that refers to the system of Sun Style Xingyi, Bagua and Taiji (Tai Chi) created by the late Grandmaster Sun Lu Tang. Sun style gained her roots in Singapore when Grandmaster Hu Yun Hua first taught traditional Taijiquan (Tai Chi) in the early 70s. GM Hu was a student of Sun Lu Tang when she studied at Zhejiang Guoshu Association back in 1912. With her passing, the number of practitioners has dropped drastically since the 90s. Furthermore, only Sun style Taiji (Tai Chi) has been taught. The arts of Sun style Bagua and Xingyi are relatively unknown in Singapore, hence resulting in more people exposing to the new Sun style 73 steps competition form rather than the traditional 98 steps routine. The requirements for the competition differs significantly from that of the traditional. We aim to continue the Sun style legacy in Singapore by reintroducing traditional Sun style 98 steps Taijiquan (Tai Chi)…
Post a comment
Read more